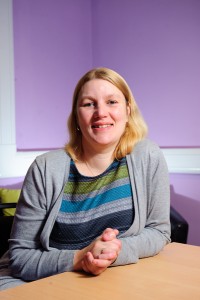 Becoming General Manager of an established and reputable Charity is an incredibly daunting thing to do, especially when you’re following in the footsteps of its co-founder…

The day it was announced that I had been appointed General Manager was the day we said a fond farewell to Jeanne Bain, our Chief Executive of 18 years.  To have so many colleagues and friends join us in saying goodbye showed what an impact Jeanne had had not only on us as individuals but on Lincoln and its surrounding areas too. 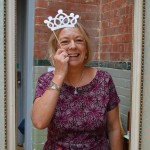 At the point of taking on the new role I knew developmentplus was about to enter a new and challenging chapter of its life.  With existing funding about to come to an end and new funding becoming incredibly difficult to come by we decided to regroup as an organisation and re-evaluate our Business Plan, this allowed us to refocus on our priorities, home in on what we did best as an organisation and really concentrate on the areas we knew we could deliver on.

With revised Vision, Aims and Objectives we were much clearer as a team as to where we wanted the organisation to go in the future.  It was immediately apparent that we didn’t want to lose our community development values and principles but accepted we need to be flexible in our approach when delivering projects.

“To help, empower and support people through community projects and engagement across the County of Lincolnshire”

Many funding bids have been written over the last 3 months, sadly some haven’t been successful and others we’re still waiting to hear about but a determined approach and eternal optimism will hopefully bring some new projects our way in the foreseeable future.

In the meantime, a lot of initial discussions have taken place with like-minded partner organisations who have found themselves in a similar situation to ours.  With the voluntary sector starting to suffer due to lack of funding it is clear in my mind that the only way forward is to start sharing our resources, working closely together to co-run projects.  Why have multiple organisations chasing the same pot of money when we could stand a better chance of winning contracts by submitting joint bids, combining the skills of multiple agencies and ultimately delivering a much better service to those who need our support the most.  Over the coming months we plan to build on initial partnership discussions and hope that the future sees a number of brand new collaborative projects.

The next couple of months are going to be tough ones for developmentplus, with projects potentially coming to an end and with decisions on future funds still undecided it is unclear what the organisation will look like at the beginning of April.  What I am certain of is that the passion and dedication of all staff members and trustees is endless and with that in place we most certainly don’t intend to disappear just yet!