Here’s an update from EPOC volunteers, Lindsey, Ron and Sue about their stand at the Over 50’s and Vulnerable Groups event at Moorland Community Centre: 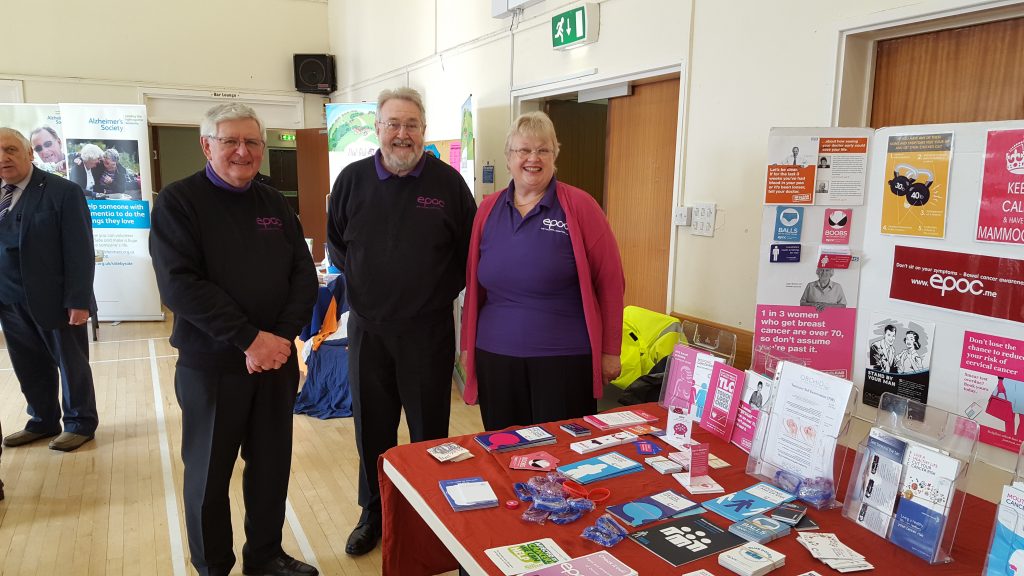 “There were quite a number of other agencies at the event, including Dementia, Age UK and many more.  Because of the weather  (it was extremely rainy), very few people attended.  We spoke to a total of 30 people and gave out lots of information.  As usual the Blue Boxers were well received, as well as the leaflets on mammograms for ladies over 70.  There were a number of younger adults, who were interested in the Balls and Boobs campaign, as well as the Blue Boxers.

We were most welcome by the organisers, and they are hoping that perhaps we could attend more of their local events. ”

Thanks to you all for all your hard work at this event.