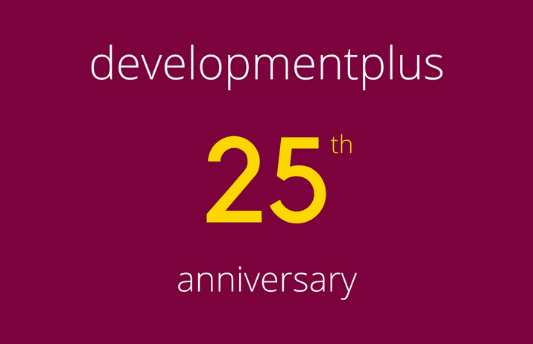 The Trustees, CEO and staff invited a whole range of people that have supported developmentplus over the last 25 years to help us celebrate.

We were thrilled to see that so many were able to join us to mark this special occasion including Rev Andrew Vaughan, one of the founders of the organisation.  Also present was The Right Worshipful Mayor of Lincoln, Councillor Rosanne Kirk and City Sheriff, Mrs Jasmit Phull JP.  Along with Ric Metcalf, the Leader of City of Lincoln Council, who kindly gave a speech acknowledging the contribution that developmentplus has made to the City.  Despite the very hot weather, many of our partner organisations, funders, colleagues and friends of developmentplus came along for the evening.

As we have been celebrating this important achievement we have also been reflecting on how developmentplus began and how we have developed over the years.

When Rev. Andrew Vaughan arrived in Lincoln in 1994 as an Industrial Chaplain, the percentage of people living in poverty was as high as some of the worst inner City areas across the country.

In 1997 Andrew became involved in the Urban Regeneration Strategy for the City. Through this involvement he realised that there was a role to establish a partnership to employ a Community Development Worker, looking at community based economic strategies in addition to the work that what was already going on at that time.

It was recognised that local people had the answers and the skills to bring about real change to the lives of those within their community. The initial aims of the project was to work alongside local people to identify those issues which had a detrimental effect on their lives and work with them to develop initiatives which were positive and improved their social, environmental and economic situation.

To launch the project a seminar was held with people from all sections of the City meeting to see how the project and its approach could help and support the communities it planned to become involved with.

Some of this work began in the Urban Priority Areas including Birchwood, St Giles, Ermine, High Street, Monks Road and Boultham. An early project was helping people to discover training for pleasure and work purposes, something that the organisation continues to do today, particularly in our two STEPS projects.

Over the years there has been many changes, after 18 years of hard work, Jeanne Bain stepped down from her role. At that time Lynsey Collinson, who had already been working for the organisation for a number of years became the General Manager and today is our CEO.

In 2015, after years of dedication to the charity Rev Andrew stood down as Chair of Trustees and Pete Crosby took up the role.

In 2011, the organisation re-branded under the new name, developmentplus, which portrayed the commitment to the values of community development and was not time or place limited.

The organisation has been subject to the highs and lows of funding, that many in the third sector face, which has resulted in some very difficult times over the years. However, the hard work and dedication of all the teams over the years have ensured that developmentplus continues to play a crucial role within the City.

25 years later and the projects have evolved over the years and are now based around mentoring and 1:1 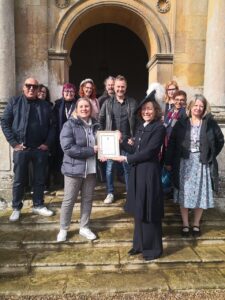 coaching, supporting people through challenging times in their lives.

We currently work with over 250 people a year through our eight projects, supported by a team of dedicated development workers.  The projects include two STEPS projects, which are one-to-one coaching and mentoring programmes.  Bridging the Gap, a Reducing Reoffending Project; Better Together, a collaboration project supporting people with poor mental health, a Neighbourhood Working project.  We also have to men’s social groups, The Pitch and Men’s Group and our homelessness advocacy support project “Project Compass”.

Although these projects are all stand alone support systems for individuals, they are also interlinked; over a period of time many participants will start with one project and as they progress will move onto another project that will better suit their needs at that time.

To find out more about our current projects, please go to the ‘Our Projects’ section here on the website.